Hennef, 14 November 2017 – „In four years, this disease will potentially be the number one cause of death!“ This is said by none other than Dr. Jorge Alberto Duque Mejia from Colombia, one of the most important therapists for the treatment of the lung disease COPD (Chronic Obstructive Pulmonary Disease). The World Health Organization (WHO) also gives frightening forecasts for the development of the disease, which experts estimate already affects more than half a billion people worldwide, including around seven million in Germany alone. COPD is already the third leading cause of death – so it can already be defined as a global problem. And particularly alarming: Of the ten most common diseases leading to death, COPD is the only one whose number is constantly increasing. 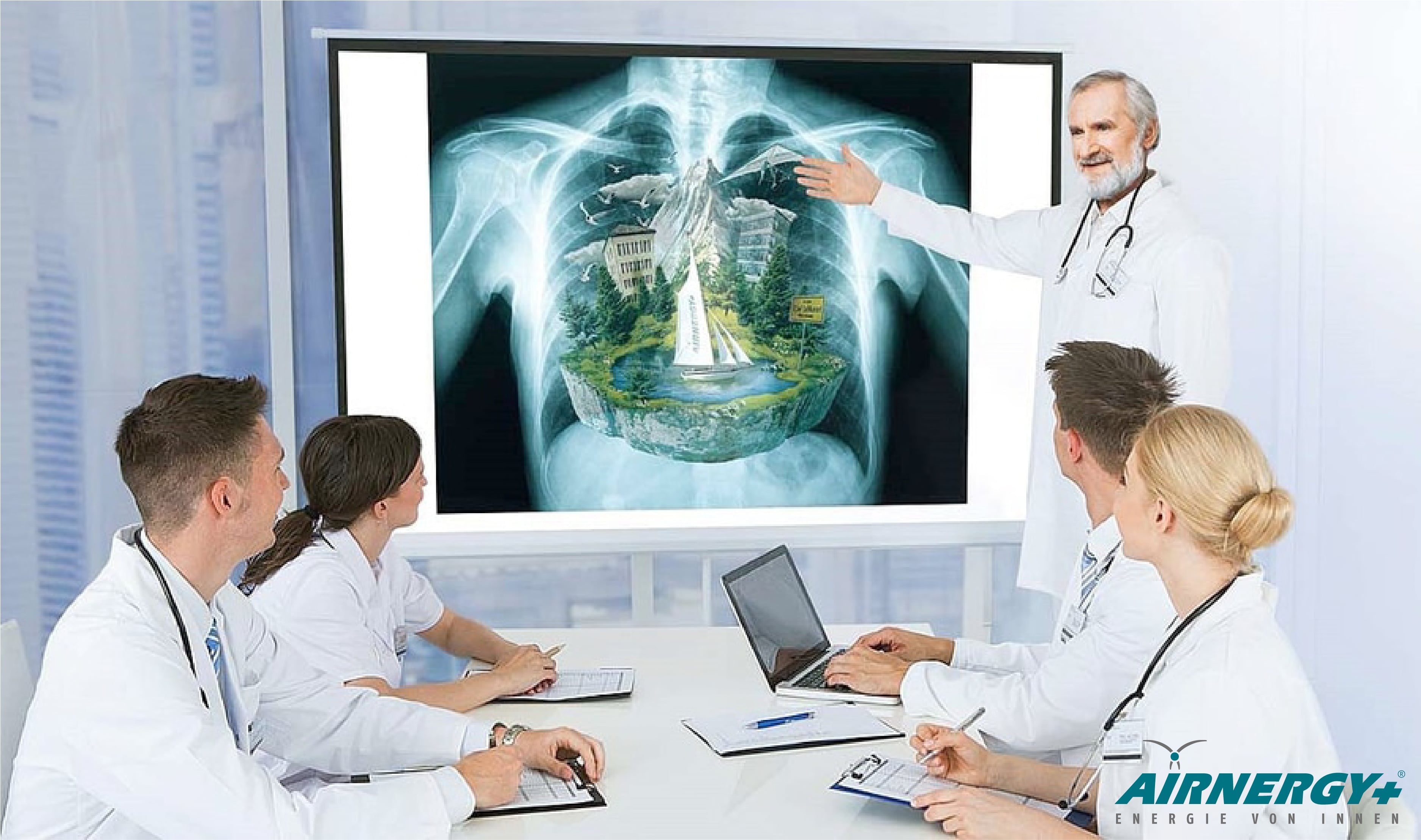 The Global Initiative for Chronic Obstructive Lung Diseases (GOLD) took this worrying situation as an opportunity 15 years ago to launch a World COPD Day, which has since been held annually in the autumn – this year on 15 November. As in previous years, COPD will be pointed out worldwide on this day and information about the clinical picture, course and treatment options will be provided in numerous events.

COPD refers to a group of diseases of the lungs. First and foremost, these include chronic obstructive bronchitis and pulmonary emphysema. Both clinical pictures are characterized by the fact that especially the exhalation (expiration) is hindered. The main cause of COPD is smoking (including passive smoking) and the associated damage to lung tissue; it has been shown that 80 to 90 percent of those suffering from COPD are smokers or former smokers. Other causes are longer stays in environmentally polluted environments – due to smoke, dust, exhaust fumes –, asthma, respiratory infections in childhood and other, e.B. inadequately treated lung underlying diseases.

COPD therapy includes not further straining the lungs – i.e. giving up smoking or staying away from dusts. Mucolyt and anti-inflammatory drugs as well as those that dilate the bronchi should make it easier for sufferers to catch their breath again. Long-term oxygen therapies and various complementary procedures such as acupuncture, breathing exercises and homeopathy are also used.

The Hennefer medical device manufacturer Airnergy has also dealt with treatment options for this widespread disease and developed a new, hopeful therapeutic approach. This is because many of the prescribed COPD drugs act directly on the autonomic nervous system and force it to irritate the organs unilaterally – which in the long run leads to greater impairments. They stimulate the sympathetic nervous system, the tension nerve, which activates combat and survival systems, and thus create even more stress in the body of the already psychologically stressed COPD patient. In addition, they inhibit the parasympathetic nervous system, the relaxation nerve responsible for recovery, regeneration, repair and energy building. They thus suppress the body’s own repair processes for a long time, with symptoms such as fever, inflammation and fatigue.

The spirovital therapy designed by Airnergy, for which the company has received numerous international awards, opens up completely new perspectives for COPD patients: improving energy absorption via the lungs without having to take more and more medication or supply more oxygen.

The importance of our „food“ air can hardly be overestimated. Every day, people breathe in and out about 21,000 times, which is around 7.5 million breaths a year – and thus far more than half a billion in their lives. However, 75% of the inhaled oxygen is exhaled unutilized. Airnergy has developed a method with which the oxygen of the ambient air (21%) is prepared according to the model of nature (photosynthesis in green leaves) in such a way that it can be optimally converted into energy by the human organism. With the use of this innovative healthcare system, energy-rich air is absorbed through the lungs, where it acts directly as well as transcellularly in the cells. At the same time, the energy spreads via so-called hydrogen bonds via the vascular system and thus intervenes positively in the metabolism.

For at least six months, those suffering from COPD should breathe in the energized air for 21 minutes once or twice a day. This is done with the help of lightweight, comfortable breathing glasses. „With our method, spirovitalization, the self-healing powers of humans are specifically activated and supported. In contrast to conventional oxygen therapies, however, the body is neither supplied with additional oxygen nor ionized. In addition, the patient is not given ozone or foreign additives of a chemical nature,“ emphasized Guido Bierther, Airnergy founder and managing director.

Jorge Alberto Duque Mejia has been tirelessly committed to successful COPD therapy for many years. He also uses spirovital therapy, with which he has already helped many thousands of COPD patients in his practice. He is enthusiastic about the Airnergy application: „The four-vitalizer device is ideal for the treatment of COPD: In all my patients without exception, their lung function and well-being have been significantly improved. If my sister, who died of COPD, had been able to use the Airnergy device: I’m sure she would still be alive. I will try to convince as many COPD sufferers as possible of the benefits of spirovitalization.“

Health lounge presenter Nicole Renneberg in an interview with Rainer Patt, Sieglinde Thiel & Johannes Schenk, from Eitorf/Sieg, who regularly use spirovitalization at „Bio Bärbel“ – Germany’s first organic bistro with organic kiosk in Eitorf – and report on their positive experiences with Airnergy.

More information about Airnergy under www.airnergy.de and the health lounge with their tips for health, happiness and less stress under www.gesundheitslounge.de

Airnergy at COPD – Nicole Renneberg in an interview with R. Patt Successful 51st Medical Week in Baden-Baden
Nach oben scrollen
Your sub-counters, for both small subsequent and also 30-minute camera in the chronographBR 126 Aeronavale as well as the rolex replica small second subdial of theBR 123 Aeronavale, are usually circled with a thin gilded line, once again taking part to the conventional appear.