Our air: So essential – and yet so neglected

AIRNERGY ensures optimal use of the most valuable „food“

Hennef, September 3, 2017 – „It was as if the sky / The earth kissed silently, / That it must now dream of it in the shimmer of flowers / Of him now.“ In such an enchanting way, Joseph von Eichendorff’s poem „Moon Night“ describes the element „air“ – in its gentle form. Justus Georg Schottelius, on the other hand, clarifies in his „Thunder Song“ the other side of the air, its destructive power: „Swefel / Water / Feur and steam / Will hold a fight; / Dikker fog penetrates dictated / Light and air are almost firsted.“

A little homage to the air. At the same time, just two examples of how much air as one of the four basic elements has always fascinated humanity: fire, water, air and earth determine earthly life and have always exerted a tremendous influence on humanity. As indispensable as they are for us, they are at the same time unpredictable in the development of their powers. They have been thematized in the literature of all epochs, and the „poetry of the elements“ has an outstanding significance. 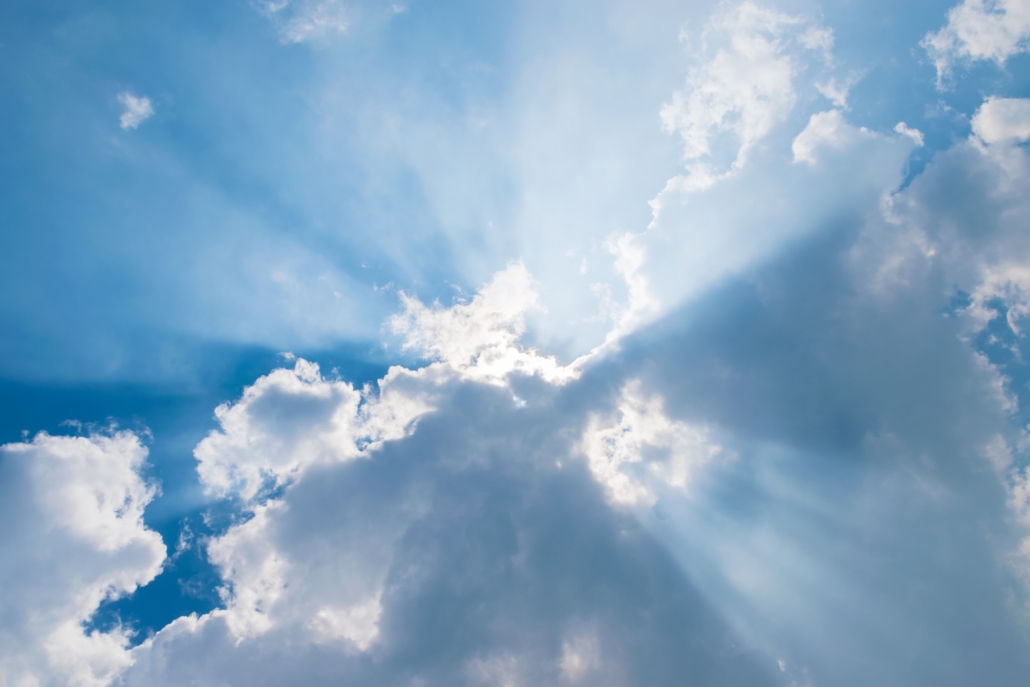 Already in antiquity, the four basic elements were considered the epitome of all being and were regarded by the Greek philosophers of the time as creative principles. Plato (c. 427 – 347 BC) developed bodies of the greatest possible symmetry.

He integrated the Platonic bodies – tetrahedrons, hexahedrons, octahedrons, dodahedrons, icosahedrons (i.e. four, six, eight, twelve and twenty-surfaced ones) into his philosophical system by assigning them (with the exception of the dodkahedron) to the four elements; the octahedane corresponded to the element air.

No life without oxygen

Consisting of oxygen, nitrogen and noble gases, the air envelops our earth. Their oxygen is indispensable for human metabolism: humans and animals need it to breathe; without oxygen, no energy production would be possible. The air is therefore a great asset: without food, humans could survive for a few weeks, without water for a few days, but only a few minutes without oxygen.
Air is essential for all life on Earth: the plants need the carbon dioxide from the air. For most plants, therefore, air is the only source of carbon. Without plants, however, there would be no humans and animals, because these are heterotrophic creatures, i.e. living beings dependent on body substance or metabolic products of other organisms in their diet, almost all of which, like humans, need oxygen to breathe.

The air forms the atmosphere that surrounds the earth. As a result, solar radiation to the earth is regulated: without air, there would be no weather as a result. – The sound waves are transported through the air; this means that you couldn’t hear anything without air. – The air can transport objects. Certain creatures (birds, insects) can only fly because they get buoyancy in the air. Airplanes and helicopters could also not fly in a vacuum. – The use of wind power (windmills, wind power plants) is only possible because there is air, because wind is moving air.

The importance of our „food“ air can therefore hardly be overestimated. Every day, people breathe in and out about 21,000 times, which is around 7.5 million breaths a year – and thus far more than half a billion in their lives. However, 75% of the inhaled oxygen is exhaled unused.

Shouldn’t our air be one of the best-kept substances? A question to which there can only be one answer. However, against the background of increasing air pollution worldwide, this is hardly confirmed in reality. Even when it comes to scientific investigations of the air, one discovers unmistakably large deficits: Although one gets 1.4 million results if one googles the term „air examination“, but almost always the results displayed are about the degree of purity of the air, such as particulate matter or ozone, but only very rarely about its important energy content.

„Airnergy therapy is based on the latest scientific findings“
For the Hennefer medical device manufacturer Airnergy, this situation was the reason to develop a device that processes the oxygen of the ambient air (21%) according to the model of nature (photosynthesis in green leaves) in such a way that it can be optimally converted into energy by the human organism. For the development of this technology, Airnergy has received numerous prizes and awards, including the „Science Award“ of the IPO (International Prevention Organization) and the „Century Award for Innovation“ of the jury of the well-known trade magazine Fitness Tribune.

In many facilities (including clinics, doctors‘ surgeries, hotels, restaurants) there are already Airnergy „breathing stations“ for spirovital therapy: Here, visitors and „spa guests“ have devices at their disposal with which they can breathe energized air for 21 minutes with the help of light, comfortable breathing glasses. With the use of this innovative healthcare system, high-energy photons are absorbed via the lungs, stomach or skin, where they act directly and transcellularly in the cells. At the same time, the photons spread via so-called hydrogen bonds over the vascular system and thus intervene positively in microreactions taking place here. The self-healing powers of humans are thus specifically activated and supported. In contrast to conventional oxygen therapies, however, the body is neither supplied with more oxygen nor ionized, nor is it given ozone or foreign additives.

„The Airnergy cure is good for people physically, but also psychologically in many ways. It is a scientifically recognized therapy based on the latest medical findings,“ emphasized Guido Bierther, Airnergy founder and CEO. „You could call it the ‚State of the Art of Regeneration‘.“

Dr. Jorge Alberto Duque from Colombia is one of many doctors worldwide who confirm the success of the Airnergy cure: „Since March 2015, I have prescribed around 12,000 spirovitalizations. Our practice in Popayán (Colombia) has specialized in integrative medicine for 40 years. Airnergy is the ideal basic therapy – and this for almost all complaints.“

Numerous research results prove the manifold successes of the Airnergy application. Especially in diseases, lack of exercise, in stressful situations and with increasing age, the organism loses the ability to optimally convert oxygen into energy. Airnergy is therefore particularly suitable for the elderly, for patients with chronic diseases such as chronic obstructive pulmonary disease (COPD), for competitive and hobby athletes, for lack of energy or sleep or concentration disorders, but also for employees in the context of occupational health care.

However, the basic technology developed by Airnergy can not only be used in the medical sector, for prevention or performance enhancement, but it will also be increasingly used in other areas in the future, for example in air conditioning and ventilation systems, in motor vehicles and aircraft as well as in buildings.

Guido Bierther summarized: „Our goal is to create public awareness of our extremely valuable life and energy asset ‚air‘. With our devices, we want to contribute to physical detoxification and create a balance to the stress factors in our society, which are increasingly caused by climate change, air pollution, denaturalized food or stress. We offer everyone to try something that man has known since time immemorial, but which he has often forgotten until he experiences it anew.“
For more information about Airnergy, see www.airnergy.com.

AIRNERGY Newsletter Sep 28, 2017
Nach oben scrollen
Your sub-counters, for both small subsequent and also 30-minute camera in the chronographBR 126 Aeronavale as well as the rolex replica small second subdial of theBR 123 Aeronavale, are usually circled with a thin gilded line, once again taking part to the conventional appear.